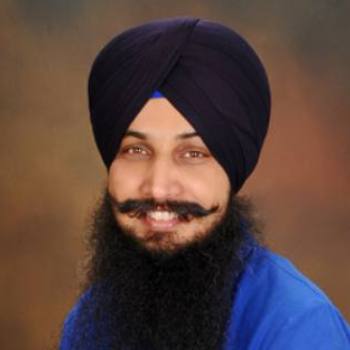 Term Expiry: 2023 AGM
Second Term
Jagjeet Pal Singh Sandhu is an accredited member of the Immigration Consultants of Regulatory Council of Canada (ICCRC). He is the Managing Director and CEO of Eye Immigration Inc.
Before immigrating to Canada from India in 2013, Jagjeet was the owner and Managing Director of “Eye Professionals Pvt. Ltd.,” a leading IELTS Coaching Centre in Fatehgarh Churian, Punjab, that had been in practice since 2014. Due to his intelligence and work ethic, he has worked with many reputable firms. Jagjeet was the Branch Manager at Guru Learning Institute in Abbotsford, British Colombia, from 2014 to 2017; Chief Manager at Guru Learning Institute in Surrey, British Columbia, from 2014 to 2017; Managing Director at Eye Immigration Inc. and Eye Professionals Pvt. Ltd. since October 2014 and November 2006 respectively; and a Concord Security Corporation employee from October 2013 to September 2014. He has thus acquired diverse experience in teaching, management, administration, and immigration consultancy at a very young age.
As an RCIC, Jagjeet has helped clients immigrate to Canada and other countries. Being well versed in the licensing requirements of various regulatory bodies, he guides his clients to achieve their goals as quickly as possible. He values transparency, ethics, honesty, commitment, sincerity, and hard work, qualities that have helped him surge ahead of his counterparts in his field in the span of only four years of practice in Canada.
Jagjeet did his schooling at St. Francis Convent School in Fatehgarh Churian. In 2005 he obtained his Bachelor of Education (BEd) and Bachelor of Arts degrees from GNDU, where he also obtained his master’s degree. In 2014 he completed his Immigration Consultant Program diploma from Ashton College.
Jagjeet is very active in various organizations such as CAPIC, ICCRC, and other regulatory bodies. He has recently founded ASEES, a platform to help international students settle in Canada and assist them in terms of housing, transport, and professional counsel. This non-profit organization aims solely to safeguard the interests of international students.
With knowledge and experience in his professional field, coupled with a caring, optimistic, and loving attitude toward people and a positive approach to his professional and personal life, Jagjeet will be an asset to CAPIC
Cookies Policy - CAPIC websites store cookies on your computer. These cookies are used to collect information about how you interact with our website and allow us to remember you and your preferences. CAPIC uses this information in order to improve and customize your browsing experience and for CAPIC analytics and metrics about our visitors on this website and other media.
By clicking Accept, you agree to CAPIC and its partners’ use of cookies. Click here for more information about CAPIC’s privacy policy.